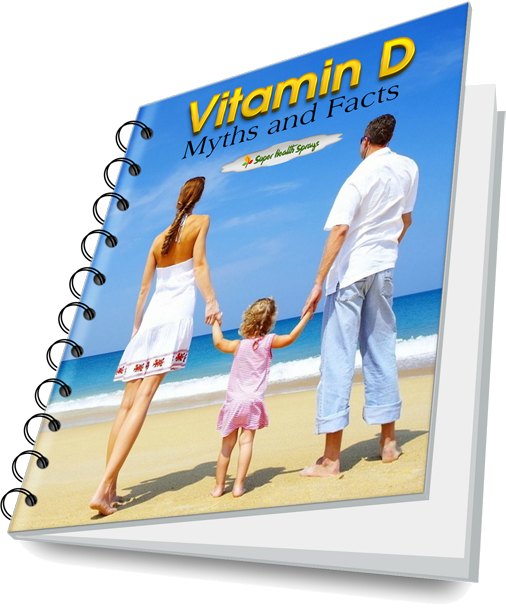 Vitamin D3 is not technically a vitamin. It is a fat-soluble pro-hormone which is vital because it influences your entire body. Receptors that respond to the vitamin D3 have been found in almost every type of human cells, from your brain to your bones. In particular, vitamin D3 plays a critical role in the body’s absorption of calcium and phosphorous. In addition to promoting calcium/phosphorus homeostasis, this nutrient has other roles in the body function, including modulation of cell growth, reduction of inflammation, neuromuscular and immune functions. Many genes are modulated with help of vitamin D3.

Vitamin D3 (hormone) is vital for bone health: it enhances intestinal absorption of calcium and phosphate. This hormone also regulates T cells and acts as an immune system modulator in the body. Researchers found that Vitamin D3 supplements can help in the prevention of different types of cancers; reduce the risk of diabetes, hypertension and heart diseases. It regulates the circulation of Renin (enzyme) in our blood stream, responsible for the rise of blood pressure. Deficiency of Vitamin D3 has also been connected to psychiatric and neurological disorders.

What is Vitamin D3? 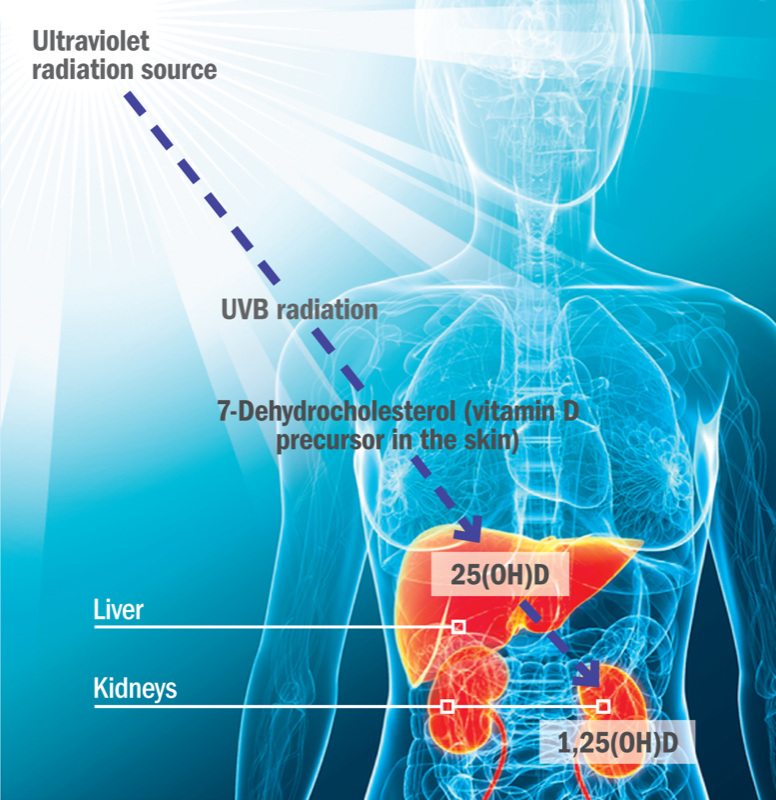 Vitamin D is commonly obtained either from the skin when it is exposed to ultraviolet radiation or through a few dietary sources ( mainly fatty fish, cod-liver oil, and fortified margarine or butter). Experts recommend taking vitamin D3 supplements on a regular basis because food sources are extremely limited as well as our natural production. It is noteworthy that a precursor of vitamin D3 in skin can be generated only when exposure to the sun happens when the sun is at the highest point. This fact has never been explicit in official recommendations because of a general concern about a risk of skin cancer development.

In humans, the precursor to this hormon is produced in the skin when cholesterol (7-dehydrocholesterol) is exposed to sunlight (UV B radiation). Next, this precursor is carried further to your liver (to become 25-hydroxyvitamin D) and then to your kidneys where it gets transformed into active vitamin D3 (or 1,25 dihydroxyvitamin D).

Vitamin D3 (or Cholecalciferol) is one of two forms of Vitamin D. Another form is Vitamin D2 (or Ergocalciferol). It is important to stress that 90% of all Vitamin D circulating in our body is Vitamin D3 because it is made by the skin after exposure to sunlight. Vitamin D2 can only be acquired from a few plant sources (e.g mushrooms).Vitamin D deficiency is quite a common problem, which only increases as we age.

Vitamin D3 is crucial since it influences your entire body. Receptors that respond to the vitamin D3 have been found in almost every type of human cell, from your brain to your bones.

We can obtain vitamin D by the action of sunlight on the skin, but we all know that we should try to avoid too much sun, especially when the sun can be so intense that it leads to sunburn and the potential for skin problems. So, we are urged to stay out of the sun but at the same time we need the sun to make vitamin D! What are we to do? Vitamin D3 supplementation is one of the most useful nutritional solution we have at our disposal for improving overall health. Among existing supplements on the market oral sprays have proved to be the most effective and convenient.

Vitamin D May Protect Against Cancers

Two features of cancer cells are: lack of differentiation (specialisation) and rapid growth or proliferation. Biologically active forms of vitamin D, such as 1,25-dihydroxyvitamin D and its analogs, appear to induce cell differentiation and/or inhibit proliferation of a number of cancerous and noncancerous cell types maintained in cell culture. As a result, some human epidemiological studies suggest that vitamin D may protect against various cancers: colorectal cancer, breast cancer, prostate cancer.

Vitamin D in dietary forms: D2 is found in mushrooms (there is also a synthetic version of vitamin D) and Vitamin D3 is found in animal foods, primarily in seafood. Two different forms of vitamin D seem to have varying toxicity in high amounts.According to Dr. Reinhold Vieth, medical researcher from the University of Toronto’s Mt. Sinai Hospital, there has never been a known case of vitamin D toxicity with an intentional dose of D3. The only D3 toxicity cases reported were published anecdotes when people accidentally consumed very high doses – over 2,000,000 IU per day – both men survived.

Overdose has been observed at 1925 µg/d (77,000 IU per day). Acute overdose requires between 15,000 µg/d (600,000 IU per day) and 42,000 µg/d (1,680,000 IU per day) over a period of several days to months. At the same time, studies over the past year have added more support to the idea that higher levels of vitamin D may decrease risk of cancer and that a typical dietary intakes of 200-400 IU/day may be too low to get appreciable benefits. Doctors may also recommend higher does of vitamin D for a short time to treat an underlying medical problem such as vitamin D deficiency.

According to Michael Holick, a professor of medicine, physiology and biophysics at Boston University,”whole-body exposure to one minimal dose of solar ultraviolet radiation is comparable with taking an oral dose of between 250 and 625 micrograms (10 000 and 25 000 IU) vitamin D.”2 Using this estimation, some experts suggest 10,000 IU as the upper safe limit in healthy adults.3 Can this amount come from food? One of the richest food sources of vitamin D is wild salmon — you would require to eat 35 ounces (1 kg) a day to get 10,000IU. 4 How common is vitamin D deficiency then? As a study by the Toronto group revealed, Vitamin D deficiency is present in 22% of individuals of European ancestry, 78% of East Asian ancestry and 77% of South Asian ancestry. 5 Possible ethnic differences in physiological pathways for ingested vitamin D may confound across the board recommendations for vitamin D levels. Even a suggested 5000 IU/day by more conservative experts seems to mark an existing recommended daily allowance of 400 IU per day as “Just Enough Not To Die”.

Vitamin D3
Super Health spray contains 240 doses of the high grade of Vitamin D3 that provides a monthly supply of servings (5000 IU each). Using Super Health Vitamin D3 spray will offer you a better option for having your vitamins daily. It is easier and more enjoyable to use. Our Vitamin D3 spray is more effective than any other Vitamin D supplement because of a patented delivery mechanism and the highest quality natural ingredients used in our sprays. All these ensure theb maximum impact.